I haven’t had much time to savor the pots from last week’s firing, nor has there been much time (or energy) for taking photographs. But today I’m starting to feel like things are under control, that we’ve done the best we can to make the Pottery on the Hill show a success and maybe I should stop stressing out. It’s a risky thing to start a new show like this and it’s impossible to predict how it will turn out. We  do know that it’s a great group of people and it will be a treat to spend a week-end with them!
I have been feeling a bit guilty about my lack of posting here…I have dipped my toe into the Facebook world and I’m trying to figure it out. Perhaps because I’m into the blogging groove, I ‘m not sure that I get the social media world. There were some great photos on FB of cider jars made by both Ray Finch and Doug Fitch. This is my stoneware version. It’s about 17″ high and would hold several gallons of cousin Vernon’s cider!

I have been in love with this tall narrow form for some time now. They are thrown in two bits using 7 pounds of clay altogether. 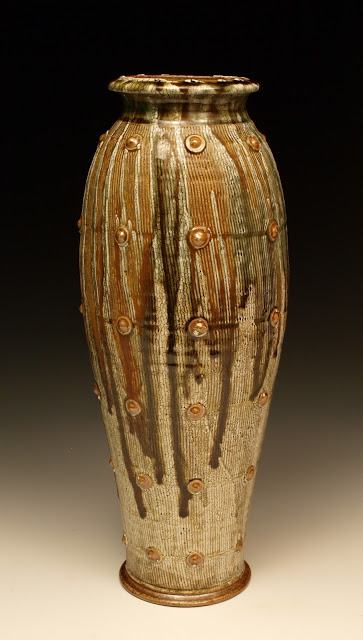 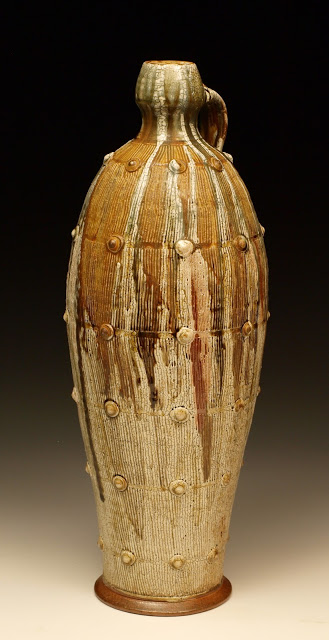 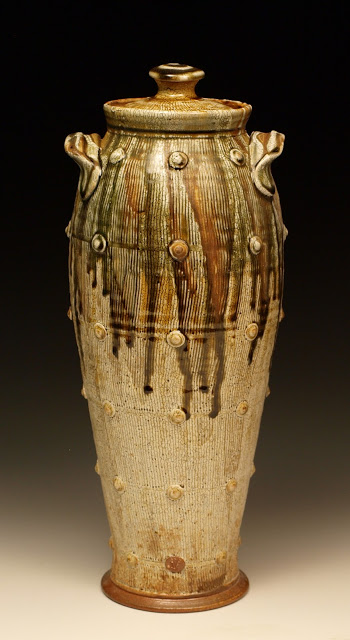 This firing was mostly loaded with my domestic ware for the show. I made a lot of things that I haven’t made in a while. But I also made a few avian things and these two “Biblio-birds” are pretty sweet.

Check out this old blog post if you don’t know what it’s name is about!