For those of you who are not salt glaze potters, you might not recognize the pattern that develops on the bottom of silicon carbide shelves during the firing (see below). It reminds me of the pattern on the black and white composition notebooks that I’ve been filling for close to 40 years. It’s probably a good case study for the chaos theory. Seemingly random and patterned at the same time.
One of the best books I’ve read in a long time is “Salt – A World History” by Mark Kurlansky. It is a fascinating look at world history through the procurement and control of salt all around the globe.
Salt is the only rock essential to human (and animal) existence.
Many of today’s roads follow paths once worn by animals seeking a source of salt.
Controlling the salt trade led to great power…the Roman Empire did it…the British did it in India (think of Ghandi’s great act of civil disobedience…going to the sea and ‘making salt’).
Until refrigeration and canning food, one of the only ways to preserve food was salt.
The Wielicka Salt mines in Poland date back to the 13th c. Miners have been carving in the salt for a long time and it is now a tourist attraction that contains a cathedral and a lagoon with boats and statues and chandeliers entirely of…you guessed it, salt. Toff Milway brought some for me and I used it in the first firing of my kiln. I think we might have sprinkled a little in the kiln at Penland as well.
I could go on, but I won’t. If your still reading this, you ought to get the book. 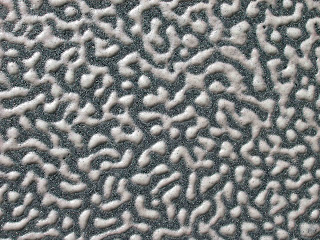 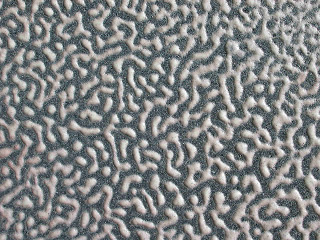 One Response to “NaCl”