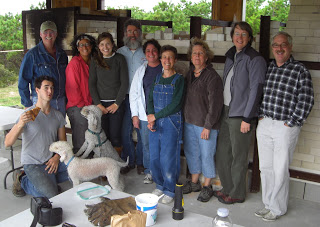 
Here’s the firing team from last week’s workshop at Castle Hill in the town of Truro on Cape Cod. It was a wonderful group and we worked very well together, sharing lots of laughs, good food and good conversation about pots and wood firing and glazing and health care!
I’m a wee bit weary from the trip, but it was a wonderful and gratifying 8 days. This was the first time I flew and then rented a car to teach a workshop and I managed pretty well without all my toys. The weather was cool and the air was salty and the skies bright and blue.
The firing was pretty smooth and the results were lovely. Everyone got some real beauties. There were a bunch of big pots included that were made during Kevin Crowe’s workshop earlier in the summer and I think that they were all very successful.
The kiln is called a train kiln and I’m afraid that you must jump to Hollis’s blog to see a complete picture of it. We fired it in 31 hours using mostly hardwood, which probably isn’t the ideal fuel, but it did work. I think more softwood would have helped heat the middle.
Most of what I teach at workshops is the fundamentals of making classic pottery forms with strong handles a nd lids with an emphasis on fine craftsmanship. I also ramble on about my days as a young lad at Winchcombe and how that opportunity has influenced my work. And of course, the subject of pie often comes up…

Martha had to leave after we fired so she’s not in the group photo. Neither is Ray, who had some of his first pots fired in this kiln. Martha is a musicologist with several books and other writings to her credit! She’s glazing this oval pot of hers with Linden in the background. 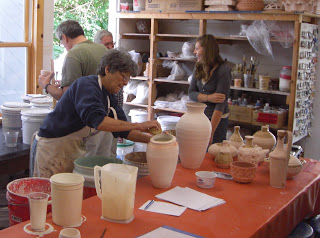 The kiln is built a few miles from the studio on property owned by the Federal Gov’t. The former Air Force base was built to monitor the nukes that we feared were coming our way during the Cold War. The same nukes that we hid from by hiding under our desks at St. Ambrose grammar school back in the day! It is an eerie place and this was the gate we went through at 6 in the A.M. to light the kiln. 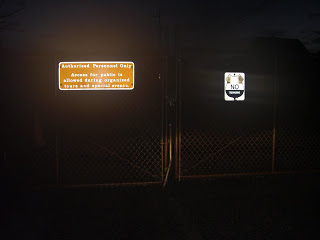 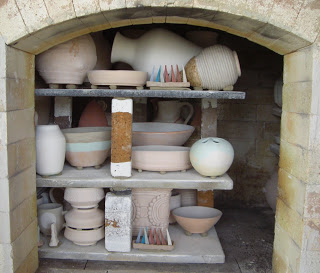 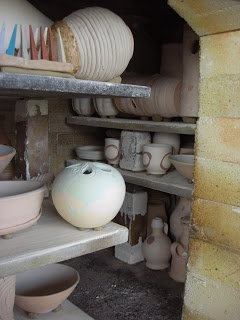 This building was renovated and a concrete pad several feet thick was poured at the cost of $80,000.00!! That’s what happens when too many people have a say so. Someone has decided that the site could become a cultural and scientific center, but interfacing with the U.S gov’t makes it difficult. It certainly has potential, with lots of random buildings throughout the property. It is bordered on the east by a cliff leading to the Atlantic. The winds can be troublesome, but we were more than lucky to have a still couple of days to fire. 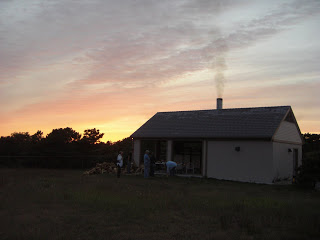 Our first peek. This is the middle of the kiln with pots stacked to the front and rear. 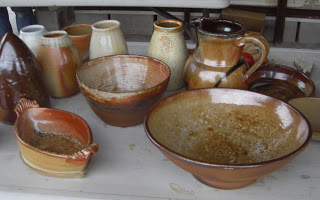 Brendan has been exploring these loose, almost battered pots and they have great feeling. It is his most personal work. We agreed that a paler clay might be more suitable, but there’s no doubt that he’s on to something exciting. 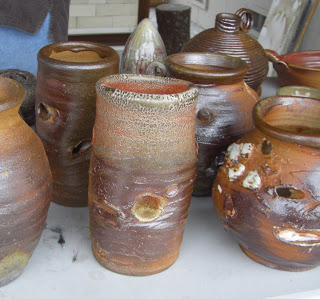 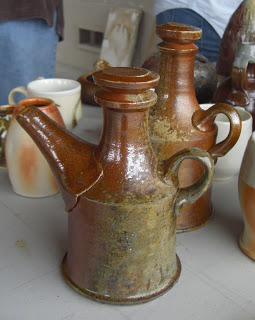