After leaving Cape Cod I drove to Boston for a visit to the Pucker Gallery. I’ve known of the gallery for a long time, first because of Brother Thomas’ association and more lately because of Phil Rogers’ work being represented there. I’ve never seen anything like this place ! Five floors of the bests pots I’ve ever seen and all for sale. The elevator ride is as unusual as advertised (as in intimate!) and it was a bit intimidating to have an escort watching over me as we moved from floor to floor. A real treasure and it’s nice to know that a place such as that exists. Go if you ever get the chance. I particularly liked a Korean potters’ work but a 4″ bud vase was $240.00 and I didn’t ask the price of anything else. I’m always inspired to get back in my studio when I get around good pots.

I had some unplanned time afterwards and found myself drawn to Fenway Stadium, home of the Boston Red Sox. (I’m a bit of a sports nut…). While walking around the stadium I met a scalper and one thing leading to another I ended up with a ‘standing room only’ ticket behind home plate for a game between the Sox and the Texas Rangers. A real treat to experience the passion of the Red Sox Nation. 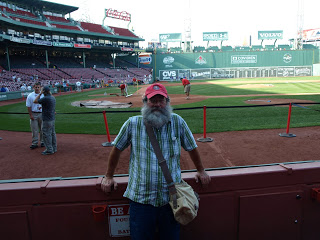 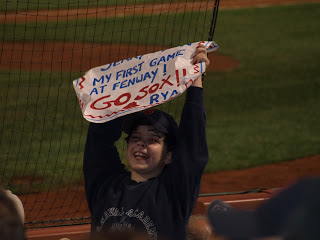 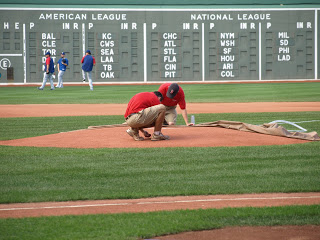 These guys spent hours picking up stones and big grains of sand off the mound. 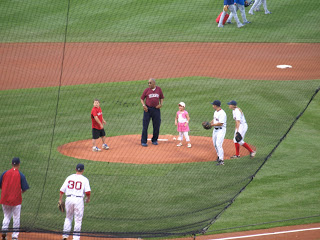 Bill Cosby throwing out the first pitch. I once shook his hand. It was huge! 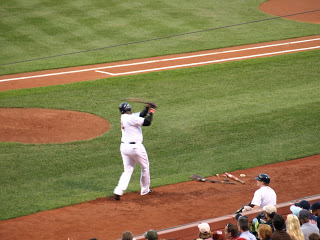