So many things could have been taken as omens these past few days…the license plate I showed you last or the Chinese fortune cookie that lacked a fortune of any kind. It might have been the huge turkey vultures that roosted atop the chimney while I mowed the grass below. It could even been the giant Christian revival that drew more than 500 cars to a farm that I pass to get to my studio (Bob Jones was there…run away…..).
If I actually believed in omens, then I would have had to pick a positive one because the firing turned out very well indeed. Of course perfection isn’t the issue, but each of the different areas that I hoped to improve…did! Good heat in the bottom of both chambers and a lot more color (i.e. better reduction) in both and that was achieved by using the active damper rather than the passive. I’m sure that they will both ultimately have a part to play, but I quite deliberately ignored the passive entirely during the first chamber’s 20 hours and used it only some during the 2nd. 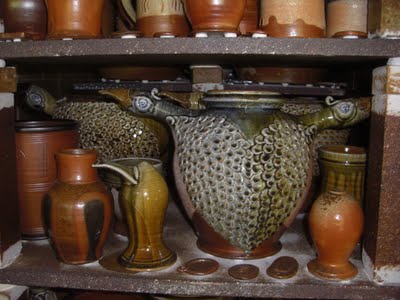 Saturday night I drove out to take out a couple layer of bricks in the arch…dark as could be in the middle of the woods with all the pots tinkling and pinging a sweet song. I sat listening for a while and my thoughts jumped from my own excitement/anticipation to thinking of Ray Finch, and of Michael Cardew, all my friends, and all of the potters in history who have also stood by their too hot kilns, hoping for the best, prepared for the worst and getting it right more often than we rightfully should. Opening up a kiln can mean some questions are answered and new ones raised. Pots can sometimes exceed expectation and others disappoint. 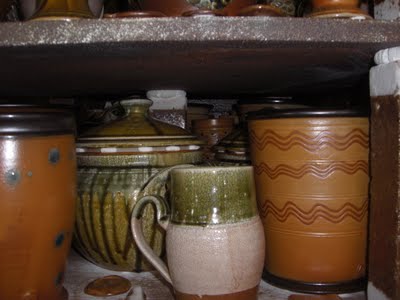 I may have written this down before, but it’s one of my favorite stories about my days at Winchcombe. After a particularly successful firing I got bold enough to ask Ray what he thought of the firing and after a customary tug on his meager beard he replied that ‘every firing was a disappointment’! I’ve thought of that for more than 30 years now, knowing just he meant. Unless every pot is beyond improvement (which can never be) there is an almost instant recognition of the pots that fall short no matter the reason. Even during that first peek which gave me a good idea that it was a success I was registering the good and bad. And after a little post firing let down I’ll be hard at work to solve another of the puzzle pieces. 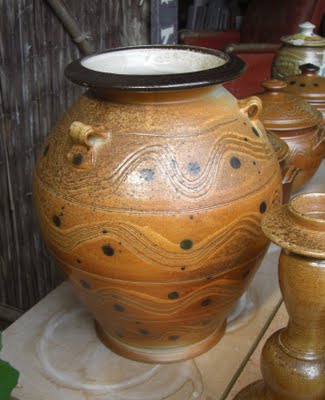 I’m still sorting and rubbing pots down. It takes a while to really see individual pieces and decipher each story. The birds are also amazing but I didn’t get good photos . I’ll be in my photo studio soon. 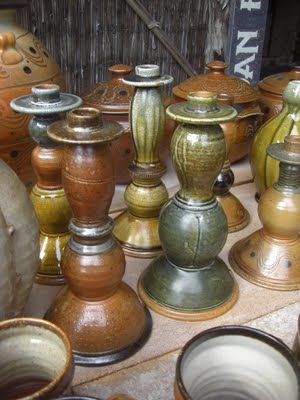 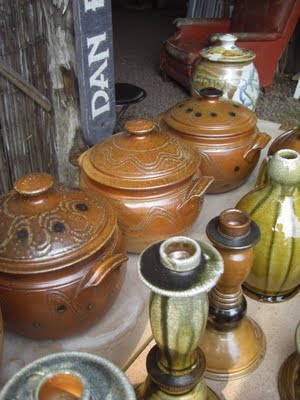 Leave a Reply to littlewrenpottery.co.uk